Gnocchi,beets,flank steak and what !!! kumquats....I've been to different store's and special store's,looking for kumquats!!! What a "challenge" everywhere I came and ask for kumquats...kumwhat !! Sorry we don't have "that"... Damn now what.... nothing....yeah sorry..This is a challenge I could win...The beets..,same shitty story,could find "fresh" beets,now I used a semi fresh beets package.
Ha now we're on the right track,The gnocchi is fresh homemade!!

Use 4 potato's and cook them done.Peel off the skin and crush them in a bowl,add 100gr flour and 3 egg yolk's. Mix very well.
Make a few roll's of the mass,and cut in piece's from 2cm. In the meantime,boil some water.Put the gnocchi in the boiled water until they float.Don't forget to heat up the beets too.

The flank steak was a perfect piece, I want it pure,only a pinch of fresh sea salt and some pepper.Heat up the Weber for direct grilling,make sure the grate's are very hot. Allow a longer grilling time because it is freezing outside..(-4).

We also had cooking pear's with it. they were absolutely fabulous.. 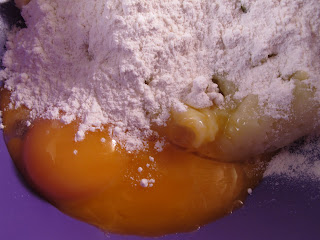 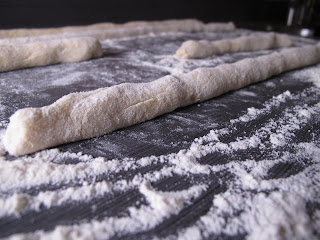 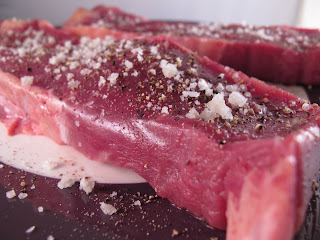 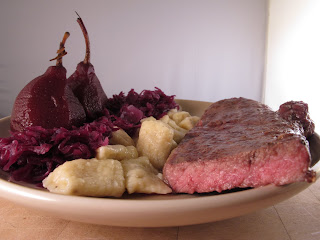 The other entry's were from

The No Excuses BBQ website was started in January of 2009 as a way to record the author’s goal of cooking outdoors at least once a week throughout the year and showing the results to the world. Somewhere along the way things got out of control…

Rob Bergstrom of In To The Flames- ENTRY HERE

Rob launched Into The Flames in the summer of 2010 as a way to share his passion for cooking, eating, and exploring food.

Chris of Nibble Me This – ENTRY HERE

The Nibble Me This website was created to share Chris’ misadventures in live fire cooking. ”I have no culinary training….I’m just entertaining myself with fire and food”.

Larry’s Blog Description:
The BBQ Grail website was created in 2007, initially to document the author’s quest to find the perfect backyard BBQ experience. Since that time The BBQ Grail has become one of the more popular BBQ blogs on the internet and is listed on Alltop.com as one of the top BBQ blogs.